And guess what – I sure did miss posting my now annual year-end wrap-up word search!!!! I dang forgot! But – for posterity’s sake – here’s that puzzle with 18 great things about 2018: 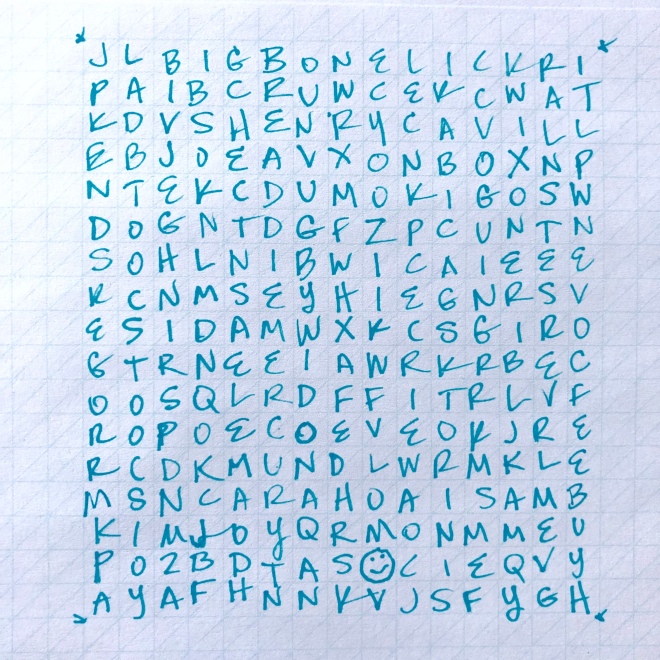 1. SEDGWICK. Jimmy and I got a house together on SEDGWICK Ct. in Columbus! Wow!

2. CAN OF BEANS. Living with ol boy has been wild. He kept an open can of beans in the fridge for a week and a half!

3. SCOOT SCOOT. not only did I fall in love with the rental scooters all over Columbus this summer, but our dog wrecko had a giant zit on his bunghole (just removed last week) and he scooted all over our house. His new name is Scootin Putin. 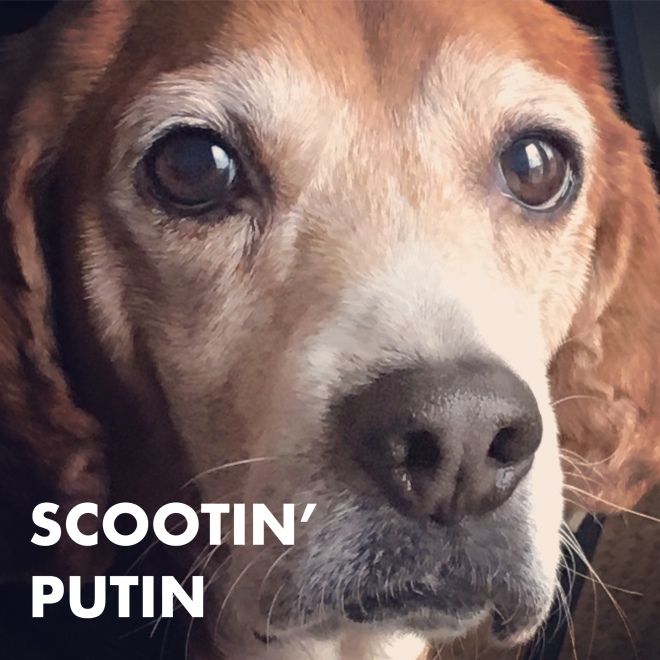 4. DONDERO. For a while we had a dog sitter named Lauren Dondero. Up where-o? Don-der-o!

5. KAYAK. the first time we used Lauren Dondero was over the summer when we did Pints & Paddles with Jugdish & Enid in traverse city.

6. DOLE WHIP. Jugdish & Enid & I met up with Clarence for Didneyworld in October and I had my first ever dole whip!

7. BENNE WAFERS. I also went to Charleston with Rita in April and had these benne wafers which were so good and then I figured out three months later that benne seeds are sesame seeds and I felt like an idiot.

8. BIG BONE LICK. I also went to Louisville with Cammy in December to celebrate his dang remission from stage 4 cancer! We went to big bone lick state park but the gift shop was closed and I was so angry.

10. ASIA OHARA. I thought she should’ve won the rupaul show but man – that butterfly reveal was real sad. SAD!

11. VOGUING. Also from the rupaul show, remember when that dummy said she was really into voguing right now!!!??? Lol.

12. BREADDIE MERCURY. This was my most favorite bake of the year 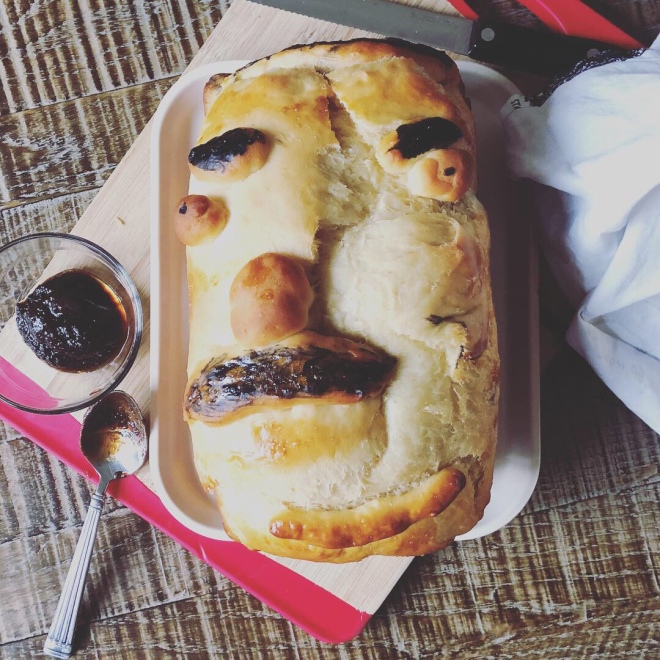 13. KIM JOY. She was my fave on the Great British Bake-Off.

14. PINK. There’s a farmers market that we go to on Saturday’s in worthington and there’s a boy who sings Pink songs for all the people to hear. He’s so perfect and I love him.

16. DELANEY. He was Sugar Bear in the Deadpool 2 and honestly – double hunky.

17. BEEF COVEN. Both Cavill and Delaney are officially part of the Beef Coven.